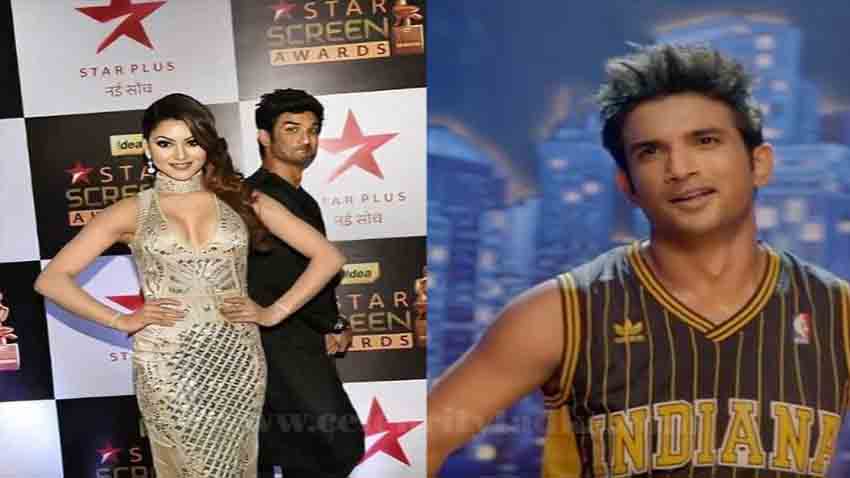 The unfortunate demise of Sushant Singh Rajput on June 14 left everyone shocked. His fans were shattered and condolences from the industry began pouring in. Urvashi Rautela, in an interview with Zoom recently, has now spoken about her fond memories of meeting Rajput and how it took her eight hours to realise the news of his passing away was true!

She said, “I got this news from my mother and when she told me this, I was really shocked. I thought for a second that this is not true. I couldn’t digest the fact that this has happened. I thought this is just a rumour. It took me 8 hours to realise that this is actually the truth. I was taken aback because I knew Sushant really well and I have met him several times.”

She then went on to talk about her last encounter with the Sonchiriya star. She said, “The last time I met him was for an award function where we were supposed to perform together. There was another award function in Chandigarh, Mumbai and Punjab – we performed together during that time and it was lovely meeting him.”

She added, “That time I remember we were in the lounge together and we were discussing films. He told me, “Urvashi, you have such a great number of hit songs, I do have hit films but when will I get hit songs and all? I was like, “No no, you will get all your hit songs.” After that, the Girlfriend-Boyfriend song came. He would say, “Aree yaar Urvashi, you have such a great list of songs in your filmography, I don’t have.”

She continued, “I told him, “Don’t worry, it will happen. Everyone’s journey is different so you can’t compare.” And the other time when I met him, it was for a hotel inauguration, which we launched together.” She also shed light on the kind of human he was and how it was difficult for her to watch the promo of his last film, Dil Bechara.

“He was a great artist, unmatchable. It is a huge loss to us, a huge loss to Bollywood. I don’t know how to even explain it in words. I couldn’t even watch his entire trailer of Dil Bechara. I started crying. I don’t know how I’ll be able to watch the film. As a friend, I am very angry and sad with him because he was one of the few actors who made a very successful transition from television to films, like after Shah Rukh Khan.”

Dil Bechara is all set to arrive on Disney Plus Hotstar on July 24. Rajput made his debut in Bollywood in 2013 with Abhishek Kapoor’s Kai Po Che and his filmography boasted off some impressive names like PK, Detective Byomkesh Bakshy, M.S. Dhoni- The Untold Story, Sonchiriya, and Chhichhore.

Disha Patani experiments with fun Instagram filters and her selfies are...

Sonam Kapoor Flies Off To London Amid COVID-19 Pandemic