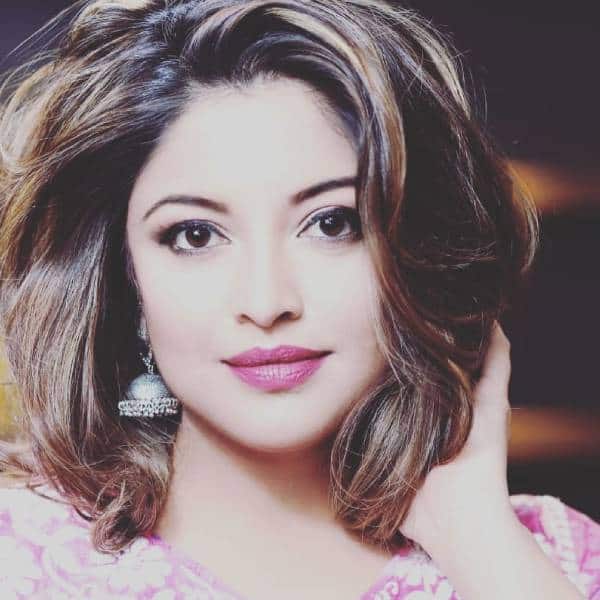 Tanushree Dutta hit headlines when she accused Nana Patekar and choreogrpaher Ganesh Acharya of harassment on the sets of Horn Ok Pleassss. She sparked the #MeToo movement in India and also filed a police complaint with the Mumbai Police. Yesterday, reports suggested that Nana Patekar received a clean chit from the police in the sexual harassment case lodged by her. In an official statement the actress clarified it is a ‘false rumour’ and that Nana Patekar has not got any relief from the police.

There is a false rumour floating in the media that Nana Patekar has been given clean chit by police in harrassment case. I wish to clarify that the Mumbai police have given no such statement and that the investigation on the matter is still ongoing as confirmed by my advocate Nitin Satpute and the Mumbai Police. Mr. Satpute will be holding a press conference on my behalf in Mumbai very soon and give clarity on the proceedings of the case. We have come to know that Nana Patekar’s public relations team is responsible for spreading this false rumour because the accused in harrassment cases are not getting any work in the industry and this is their attempt at damage control and fixing public image. I urge the media and public to not jump to conclusions based on heresy and to please check facts doubly before printing as there is too much misinformation being spread and the public needs to know the truth on the matter. It is true that the investigation has been slow due to constant threat calls from Nana’s people received by many key witnesses from our side who have been unable to record their statement due to fear and intimidation. False witnesses have been presented in their place to mislead the investigation. Calls have been coming to witnesses from all kinds of sources to discourage them from telling the truth. Under such circumstances what manner of investigation or justice is possible? But I still have hope that no matter how long it takes I can expect to see Nana Patekar, choreographer Ganesh Acharya, producer Sami Siddique and director Rakesh Sawant behind bars for orchestrating the harrassment and mob attack on me and my family in our car. How can the cops give a clean chit to one person when my FIR was filed against four people? So there is major foul play going on here with all sorts of lies being spread by Nana’s team. To these four I want to say.. 10 years I stayed away from the industry because of the trauma of the mob attack, the harrassment and the public humiliation you put me through, I will not let you get off the hook so easily. Let the sword of jail and public scrutiny hang over your heads at least a decade till you are brought to your knees in humility and repentance!! An eye for an eye and a decade for a decade unless you are forgiven by grace. You will repent and ask for forgiveness until then I’m not dropping this case. Let it go on for as long as it can. I have time on my side!!u

A first glimpse at Java 9: Early access release of JDK9...

Announcing a specification for PHP