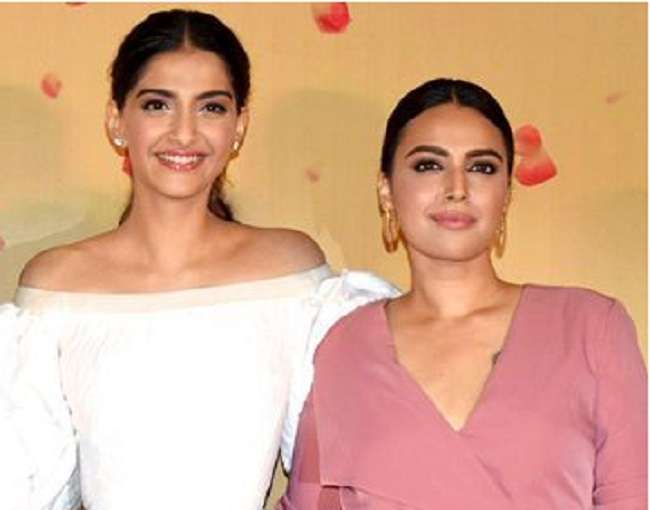 Swara Bhasker is in a very unique position in the ongoing star kids vs. outsiders debate in Bollywood news. Despite being the proverbial outsider and still going strong in the industry against all the backlash she receives for voicing her mind and standing behind causes she believes in, the actress is also close friend with Sonam Kapoor, one of the star kids being severely targeted. Hence, during a recent exclusive interview with Swara, we decided to pick her brains on the current hot debate, and she willingly addressed everything from nepotism, the audience’s role in promoting star kids against outsiders, people commenting with absolutely no knowledge about how the film industry functions, some of the accusations being agenda driven and how her close friend, Sonam, is coping through it all.

Calling out people commenting with little or no knowledge about the inner functioning of the industry, Swara Bhasker said, “I think Bollywood is quite an easy target for a lot of people and I think a lot of people who are making accusations, especially these days, they don’t know anything about Bollywood, they don’t know how the industry works, they’re just sitting on the outside, reading some rubbish on what people are writing, some of these people themselves are not proper industry insiders or they don’t really know or just speaking from some random experience of their own. Maybe not even random, but it’s just that a lot of this kind of stuff is about people trying to settle and fix their agendas.”

Highlighting how the topic of nepotism should be addressed, she added, “I think the topic of nepotism is an important topic and we should discuss it. The topic of privilege and the kind of privilege insiders and outsiders have is also important, but I think, we should have some decency and some rationality and sanity in that discussion. There’s no point throwing accusations on individuals and accusing them for things for they’ve not done. People cannot help where they’ve born. So, if you really want to have a discussion on nepotism and insider-outsider ratio, then it’s important to understand the structure of the industry, to understand the star-system, how did it develop, where did it come from, what is the audience’s role in it?”

Holding the audience responsible, the actress stated, “I always tell people that if you care about outsiders, watch our films in theatres, it’s as simple as that. Look at the box-office collections of outisders’ films Irrfan sir’s (Irrfan Khan) Karwaan, Nawaz’s (Nawazuddin Siddiqui) Motichoor Ka Ladoo (Motichoor Chaknachoor), Richa Chadha’s Article 375 (Section 375) Rajkummar Rao’s Trapped, my Anaarkali (Anaarkali of Aarah), Sushant Singh Rajput’s Sonchiriya, and look at the collections of Dhadak, Student of the Year, Heropanti…who’s watching these films? It’s the same audience who’s now criticising star children. If you hate the star children, why are you watching their films? If you love us so much and if you support us so much, watch our films in theatres, it’s as simple as that! So, I think, the audience should also consider their own role in making stars. If you want to be slinging accusations around, accuse yourself or leave it.”

Swara also minced no worlds citing the agenda-driven tactics being used when blaming star kids and certain industry bigwigs for Sushant’s depression and tragic suicide: “It seems to me, that’s a very agenda-driven sort of accusation. I don’t think we should use someone’s death to settle our personal scores, it’s just not right.”

Finally, she also spoke about how Sonam Kapoor is pulling through it all: “I think, Sonam is a very strong girl and I’m sure she’ll come out of anything she’s struggling with and she’ll be fine.”

‘Sushant Singh Rajput and I had discussed a big project together...

Ajay Devgn Set To Make A Film On The Galwan Valley...