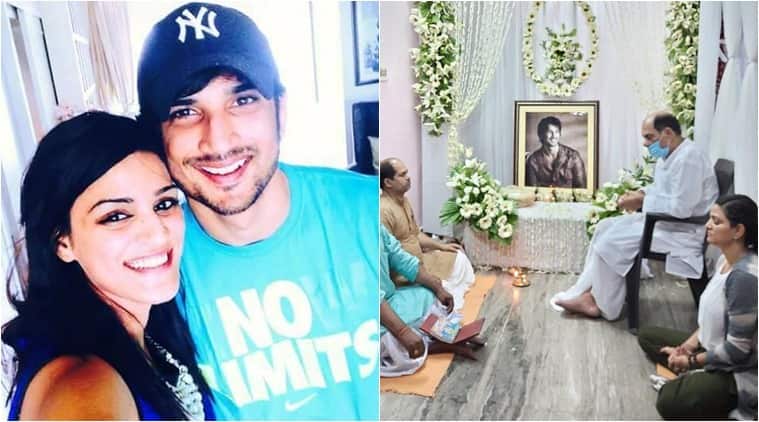 While a case has been filed in Patna by late Sushant Singh Rajput’s father Krishna Kishor Singh, who has levelled serious allegations against Rhea Chakraborty and her kin, the actor’s US-based sister Shweta Singh Kirti took to Instagram to write a cryptic message.

“If truth doesn’t matter, nothing ever will! #justiceforsushantsinghrajput, [sic]” wrote Shweta Singh Kirti, along with a picture clicked on Sushant Singh Rajput’s prayer meet, which was held at his hometown.

If truth doesn’t matter, nothing ever will! #justiceforsushantsinghrajput

Earlier, Shweta had revealed why the family was not demanding a CBI probe into his death. When one of the late actor’s fans asked her on social media to join their “fight for truth” and “demand a CBI inquiry, which will be supported by the entire country.”, Kirti had replied, “We are waiting for the Mumbai Police to finish the investigation and come up with their reports.”

The fan added that as the late actor’s admirers were the only ones asking for a CBI inquiry, the government was not “considering it.”

Shweta Singh Kirti had earlier revealed an emotional and lesser-known fact about Sushant Singh Rajput’s childhood days. In her emotional post, she had mentioned, “I only wish I could have protected him from everything… I still wish I will wake up to see my Bhai… just right next to me and will realize this whole episode was just a nightmare and nothing more. [sic]”

She keeps posting pictures and videos, in her late brother’s remembrance. One such video that would bring a smile and at the same time leave you teary-eyed is this:

A pain so precious so close tat u wldnt trade the world for it!! A wound so deep, so grave you wouldn't and couldn't ever share it!

Taking about the FIR that has been lodged by Krishna Kishor Singh against Rhea Chakraborty, he has alleged that Rhea took money from Sushant and instigated him to commit suicide. He has lodged the FIR at the Rajiv Nagar police station in Patna, against the actor and her family, claiming she transferred money into their accounts. According to Singh, in May 2019, Rhea befriended Sushant and honey-trapped him.

Saroj Khan: After Tezaab, Actresses Started Fighting Over Me

Disha Patani experiments with fun Instagram filters and her selfies are...

Govinda: Some Of My Good Films Didn’t Get The Right Kind...