Sushant Singh Rajput’s demise has raised the question of nepotism once again in the industry. Veteran actor Shatrughan Sinha has now taken a dig at Koffee With Karan. He called Koffee with Karan as Koffee with Arjun and has said that the show has led to controversies. He said that shows such shows did not exist back in the day and hence they did not have any controversies. In an interview with the Hindustan Times, he said, “During our era, there was no Koffee with Arjun.” He said that such planned events cause controversies. He said, “These kinds of planned events are what cause controversies. As far as those who are being talked about at the moment are all members of our own society, but film industry doesn’t belong to one person that anyone can say, ‘Let’s boycott this person’ or ‘remove this person from the industry.’ Who are you to say that? How did you enter the industry and what have you done in life?” 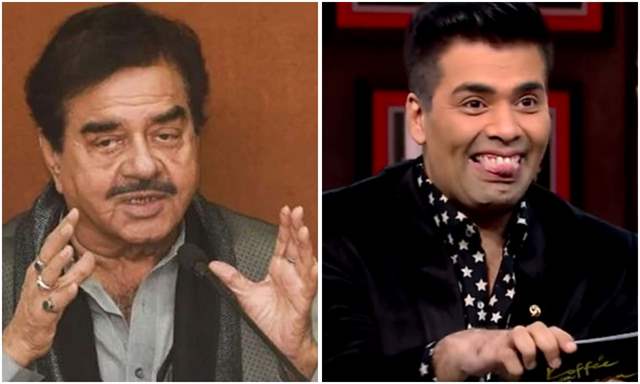 Karan Johar who hosts Koffee With Karan has been accused by Kangana Ranautfor making fun of Sushant Singh Rajput in the show. She also accused Karan of favouring the star kids in the show. Also, Shatrughan Sinha’s daughter, Sonakshi Sinha was also called out in the nepotism debate for being a star kid. The actress had quit Twitter post this.

Happy birthday pops! Ill always be your little reflection. You say you love me the most and I’ll never understand why you let Maa dress me up like this, but ill let it go today.

Earlier, Anurag Kashyap in an interview with NDTV has said that Karan Johar certainly has the power to launch a newcomer successfully, even he can’t kill someone’s career. He said, “Karan Johar can make somebody’s career… by launching (him/her) in a big film. Because he’s not just a filmmaker, he’s also a businessman. He understands. But he cannot break anyone. “

Amitabh Bachchan shares then and now pictures with Shweta and Abhishek...

Statement By Sushant Singh Rajput’s Family: His Loss Has Created A...

Bandra Studio Booked For Salman Khan To Wrap Up The Radhe...

Nora Fatehi Celebrates One Year Of Being The ‘Dilbar Girl’

Did you know Akshay Kumar’s wife Twinkle Khanna was arrested on...