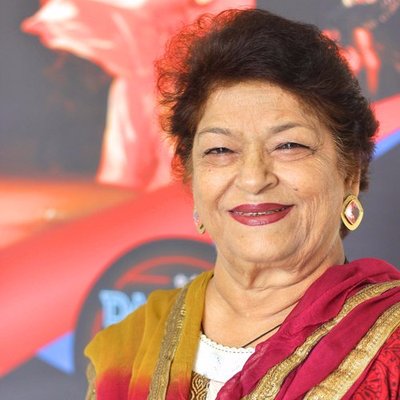 Saroj Khan, who was earlier hospitalised for breathing problems, breathed her last on July 3, 2020, 01:52 am in Mumbai. The veteran choreographer complained about breathing issues in June. Later, as per the mandate, Saroj Khan’s COVID-19 test was done, which came out to be negative.

The choreographer, who was popularly known as ‘masterji’ in Bollywood, passed away at the age of 71 due to a cardiac arrest. As soon as the news broke, Bollywood celebrities mourned on social media. Looking at the current situation of the city, the funeral will take place today in Mumbai. The last rites will be performed by her family members.

The three-time National Award winner has choreographed for some of the most memorable tracks, including Dola Re Dola from Sanjay Leela Bhansali’s Devdas, Ek Do Teen from Madhuri Dixit-starrer Tezaab and Ye Ishq Haaye from Jab We Met in 2007. Saroj Khan shot to fame in the late eighties, choreographing Sridevi superhits such as Main naagin tu sapera (Nagina) and Hawaa hawaai (Mr India).

Kajol: My Dad Believed Fiercely In Me

Evelyn Sharma: Was Replaced Overnight As Someone’s Girlfriend Wanted To Do...

Ishaan Khatter On A Suitable Boy: Can Bring A New Point...

Raveena Tandon Recalls Childhood Memories As She Bonds With Her Two...

Abhishek Bachchan: Aishwarya And Aaradhya Have Tested Negative And Have Been...

Amit Sadh: Don’t Consider Myself As An Outsider. I Am An...

Deepika Padukone’s Rani Padmavati avatar gets a stunning twist by a...