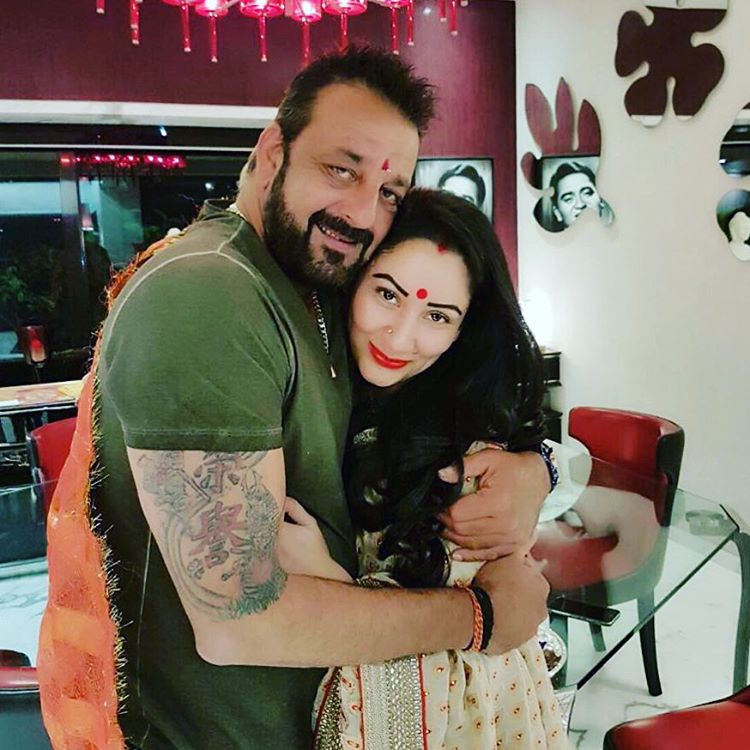 Sanjay Dutt’s love for his family is evident enough. Courtesy, his biopic Sanju, and loads of social media posts showering affection towards his loved ones. Now, the actor has shared another loved-up video with wife Maanayata on the occasion of her birthday. The video is a collage of pretty pictures of the duo, and once can’t stop but watch it more than once.

Did you know Sanjay calls his wife Maanayata mom? Well, he has confessed it now with an adorable birthday post. Take a look!

Happy Birthday Mom ❤️ For those of you who don’t know, I call her Mom. Thank you for coming into my life & making it so beautiful. You are amazing & I love you so much! I wish I was there with you & the kids today but I hope your day is as special as you are to me.

Sanjay Dutt, who is currently away from his family, has been missing the twins Iqra and Shahraan a lot. Maanayata Dutt and the twins are currently stuck in Dubai ever since the lockdown has started. On the work front, dedicated producer, Maanayata is also passionate about writing. Maanyata’s first production ‘Baba’ was selected in a foreign language competition for Golden Globes. Her Hindi production ‘Prasthanam’ also received a lot of critical acclaim for its intriguing storyline and was widely appreciated for its enriching story-telling.

Sanjay Dutt surely keeps in touch with his wife and kids virtually via video calls but it’s just not the same as spending time with them in reality. Before the lockdown, the actor was always keeping busy as he was out for shooting. Though the Dutt family could have spent some quality time together, unfortunately, Maanayata and kids are away from home.

On the professional front, Sanjay Dutt was last seen in Panipat. The actor is all set with his upcoming projects –  Sadak 2, Shamshera, Bhuj: The Pride of India, K.G.F: Chapter 2, Prithviraj and Torbaaz.

Sushant Lookalike-Starrer Not A Biopic Of Late Actor, Says Director

Deepika Padukone Takes Yoga Classes Ahead Of Commencing The Shoot Of...

How Sushant Singh Rajput And Rhea Chakraborty Were Supposed To Unite...