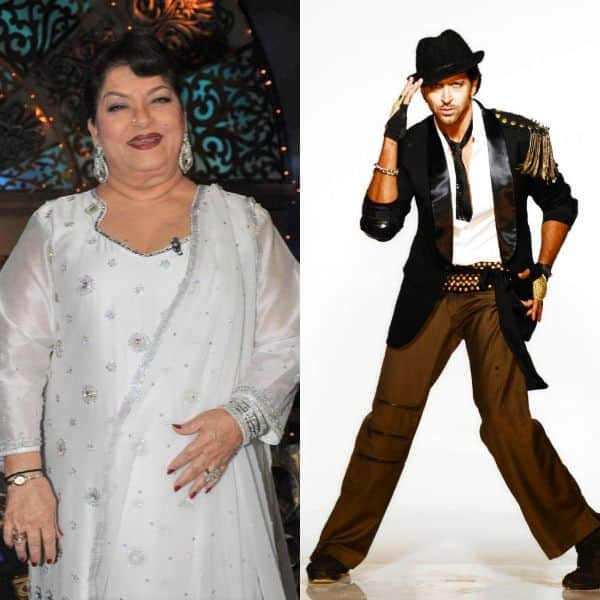 Ace choreographer Saroj Khan is no more. She died of cardiac arrest at the age of 71 this morning. She was considered to be one of the best choreographers. But did you know she was all praises for Hrithik Roshan? Yes, she found him to be a flawless dancer. In an interview, she said, “Hrithik [Roshan] is such a perfect dancer that even the choreographers take time to think about what to give him. But sometimes you wish he makes a mistake. He’s too perfect a dancer. Because watching him, you’ll only watch (stares open-mouthed) — like that whereas, say Amitabh Bachchan, if he gets up and does 1-2-3 you feel like getting up and, you also want to do it. I am praising him [Hrithik] and I am giving him a little on the wrong side also. Because I don’t find any fault in him. He’s like a born dancer. He doesn’t need anybody. He can do it himself.”

Celebs from the industry are offering their condolence to Saroj. Filmmaker and choreographer Farah Khan tweeted, “Rest in peace Sarojji.. u were an inspiration to many, myself included. Thank you for the songs #SarojKhan.”

Akshay Kumar also paid her respect. “Woke up to the sad news that legendary choreographer #SarojKhan ji is no more. She made dance look easy almost like anybody can dance, a huge loss for the industry. May her soul rest in peace.”

Saroj began working as a background dancer in the 1950s and got her first break as an independent choreographer with Geeta Mera Naam in 1974. In her career spanning several decades, she won three National Awards. She choreographed over 2000 songs.

Sunny Leone Takes Her ‘Little Nugget’ For A Stroll On The...

‘I ain’t her brother,’ Rahul Bhat clarifies as Twitter mistakes him...

Abhishek On Being Amitabh Bachchan’s Son: I’m The Son Of My...