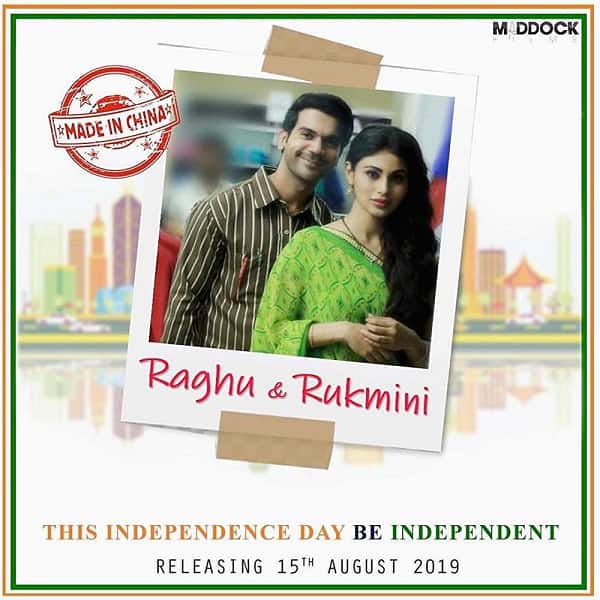 In the recent few years, we have seen the trend of many iconic songs getting recreated and to name a few, we have Mungda, Chalti Hai Kya 9 se 12, Unchi Hai Building, Paisa Yeh Paisa and many more. Now one is set to be recreated but its not a Bollywood number. We are talking about the popular Gujarati song Odhni Odhu Odhu Ne Udi Jaye, which will be recreated by Rajkummar Rao and Mouni Roy in their upcoming film Made In China. As per Pop Diaries report, the source close to the film said, “The makers of Made In China will be recreating Gujarati song Odhni Odhu Odhu Ne Udi Jaye for the film. While the shoot for the song will take place over a period of 2 days, due to Rajkummar’s busy schedule, the makers are yet to finalise a day to shoot it.”

Made in China is directed by Mikhil Musale and produced by Dinesh Vijan under the banner of Maddock Films. The film features Rajkummar Rao as a struggling Gujarati businessman. Mouni plays his feisty wife. The film was earlier scheduled to release on August 15 but the makers pushed it two weeks ahead and now will hit the screens on August 30. It will mark the Bollywood debut of Gujarati director Mikhil Musale, whose 2016 thriller-drama Wrong Side Raju bagged the National Award for Best Feature Film in Gujarati.

Meanwhile, Rajkummar Rao will be next seen in Mental Hai Kya opposite Kangana Ranaut. It is directed by National award winning Telugu filmmaker, Prakash Kovelamudi, who is making his Bollywood debut with the film. Prakash is known for helming films like Bommalata and Anaganaga O Dheerudu. The film is written by Kanika Dhillon and is produced under the banner of Balaji Motion Pictures. The film also stars Amyra Dastur in a key role and is set to hit the screens on July 26.

Anyway, are you excited for the recreated version

Raveena Tandon Gets Nostalgic, Shares Some Memories With Her Son On His 13th Birthday

Rahul Roy Opens Up On Quitting Films: I Walked Away And...

Anushka Sharma: I’ve Tried To Have A Distinct Voice In Cinema

Dil Bechara: There’s One More Character In The Film Apart From...

Diana Penty: Each Film Has Taught Me Something New