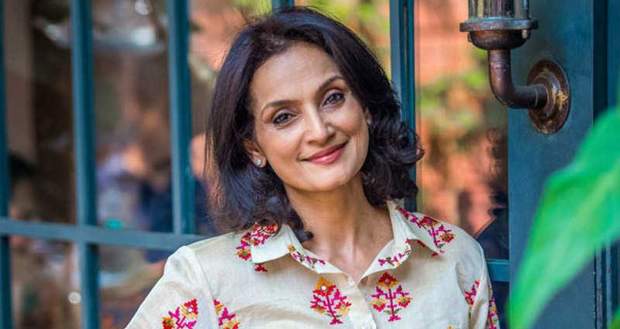 Theatre productions may not have the large-scale budgets of a star-studded film, but its rewards are aplenty in its resounding applause. This is perhaps why actors often find themselves circling back to the stage. One such artiste is the National Award-winning actor Rajeshwari Sachdev, who is recognised across television, film, and theatre. The versatile performer is excited for her upcoming teleplay Double Game, a riveting suspense thriller about a couple at loggerheads, trying to outwit each other.

Touted to be her comeback appearance after two years, Double Game was originally performed in 2018. The thriller revolves around a wife, who colludes with the domestic help to know her husband’s secrets, while the husband, played by Kiran Karmarkar, hatches a scheme of his own to attain the ownership of her wealth. Sachdev, who has delivered memorable performances across mediums, feels that theatre is something she will always revisit. “I believe theatre as a medium is the most challenging and exciting of all formats. It builds an unfathomable passion for the stage and I think every actor who has been on stage, develops a profound love and respect for the arts.”

Explaining that every performance is unique, she says, “When on stage, I know that the act I have given in that moment is unique, considering the next rendition might differ depending on the perspective or challenges of being on a different stage. Which is why I love the experience so much. It [theatre] gives the scope to explore.” Helmed by Vijay Kenkre, and also featuring Uday Tikekar and Smita Tambe, Double Game will go on air this July.

When Twinkle Khanna Was Caught Napping By Her Son Aarav

When Ayushmann Khurrana learnt an important lesson from Aamir Khan while...

Tirupathi Khemka – The Man Of Many Hats

Announcing a specification for PHP

Sonakshi Sinha takes another dig at trolls after deactivating her Twitter...