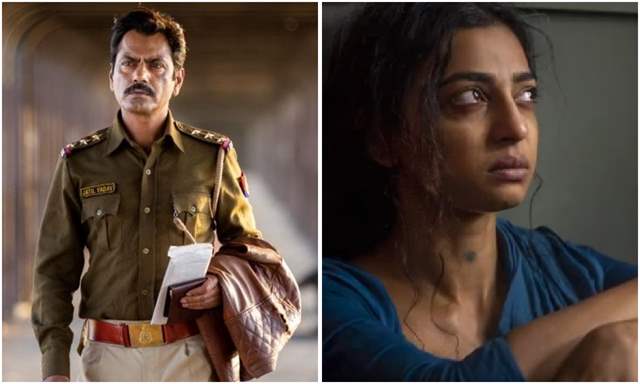 The makers of Nawazuddin Siddiqui and Radhika Apte’s Raat Akeli Hai just dropped the trailer of the film on Netflix. The film follows police officer Jatil Yadav, who investigates the murder of a powerful politician.

Watch the trailer of Raat Akeli Hai below:

Talking about the film, Honey Trehan said, “Crime thrillers have always been one of my favourite genres in cinema, right from the early noir films of the 40s to Hitchcock’s ‘wrong man’ films and Agatha Christie’s whodunnits. I always wanted to tell a story that is grounded in the reality that I know, while also honouring the classical features of a noir thriller and that is what Raat Akeli Hai is.”

Nawazuddin Siddiqui, who plays the role of Jatil yadav said, “Raat Akeli Hai is the kind of story that draws you in immediately and takes you along the winding journey. I play the role of Inspector who is investigating the murder of a powerful man. A complex character, Jatil is a social misfit and awkward around women. He is always in the search of justice – and does not rest until he finds out the truth.”

Radhika Apte, who returns to Netflix after Ghoul said, “The crime thriller explores the lives of various family members while the murder of its partiarch is being investigated. I play the character of Radha, the new bride of the deceased, who is stubborn, feisty, arrogant and yet mysterious. She alternates between suspicion and being vulnerable. To peel the layers of her character has been an inspiring challenge for me. Honey Trehan’s vision is truly unparalleled and I can’t wait for audiences around the world to watch it.”

Did you know Akshay Kumar’s wife Twinkle Khanna was arrested on...