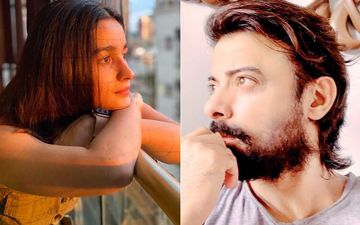 Alia Bhatt is among the many star kids who are facing the wrath of people on social media for being a star kid. The actress who made her acting debut with Karan Johar’s Student of the Year in 2012, went on to star in films that were loved by the audience. She proved her mettle as an actress, however, since Sushant Singh Rajput’s demise on 14th June 2020, the Raazi actress along with her peers and other celebrity kids have come under the radar of the audience. Sushant’s death has triggered a debate of nepotism and people are taking to their social handle and targeting the star kids.

Talking about nepotism, their families have been dragged into it as well. And it is the same in Alia Bhatt’s case. However, a mistaken identity had led another person to face the harsh comments and hate from Sushant’s fans and people against nepotism on the whole. Actor Rahul Bhat was mistaken to be the Udta Punjab actress’s step-brother, Rahul Bhatt. The actor was being tagged in various posts against nepotism and a lot of hate was being spread against him without his fault.

He took to his Twitter handle to clarify the same. He even appreciated Alia’s acting chops saying, “If u call
@aliaa08 a product of #Nepotism then you are harming the entire debate. She is a brilliant, gifted actor, she is here because she is capable of Carrying a film on her shoulders Ps- I ain’t her brother so don’t tag me nonsense without verifying who it is u r referring to” Have a look at his tweet here:

To set things straight, Rahul Bhatt is the only son of Mahesh Bhatt and Kiran Bhatt. He is the brother of Pooja Bhatt. On the other hand, Rahul Bhat is an actor and producer and has no connection to the family. He has worked in films like Nayee Padosan, Ugly, Fitoor, Jai Gangaajal, Union Leader, Daas Dev to name a few.

Paltan Director JP Dutta: We Have Never Perceived China As An...

Aftab Shivdasani And Wife Nin Dusanj Shivdasani Have An Announcement To...

Did Netlfix Buy Dolly Kitty And Ludo For Rs 40 Crore...