Bollywood’s power couple Shahid Kapoor and Mira Rajput are celebrating yet another year of togetherness today. Shahid had surprised fans and broken a million hearts with the announcement of his wedding beyond Bollywood. The actor tied the knot with Mira in an intimate wedding ceremony in Delhi on July 7, 2015. They welcomed their first child, daughter Misha in 2016 and their second child, son Zain in 2018. On their fifth anniversary, here’s taking a look at rare photos from Shahid Kapoor and Mira Rajput’s wedding album. 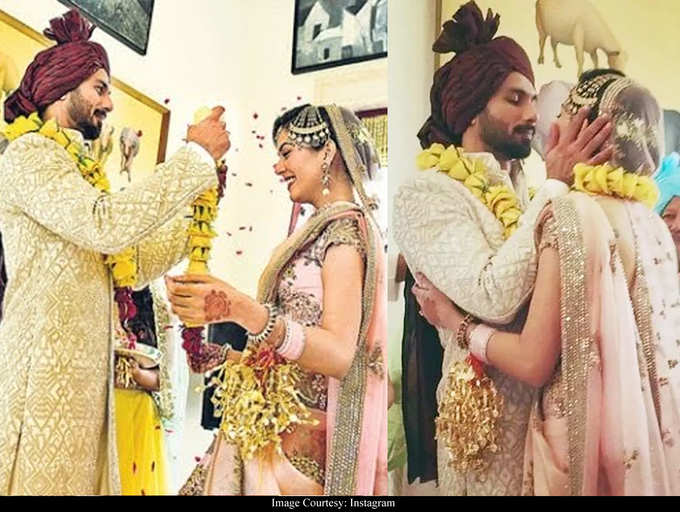 Shahid Kapoor is one of the most sought after actors in Bollywood and he opted to get married outside the industry. The actor not just managed to have a hush-hush wedding away from Mumbai, but also kept the paparazzi at bay. However, here’s a gem of a memory from Shahid and Mira’s nuptials in Delhi. Exchanging garlands and taking the wedding vows, Shahid Kapoor and Mira Rajput look truly in love. Mira Rajput Kapoor stunned in a blush pink lehengha and navratna jewellery while Shahid looked dapper in a white sherwani. 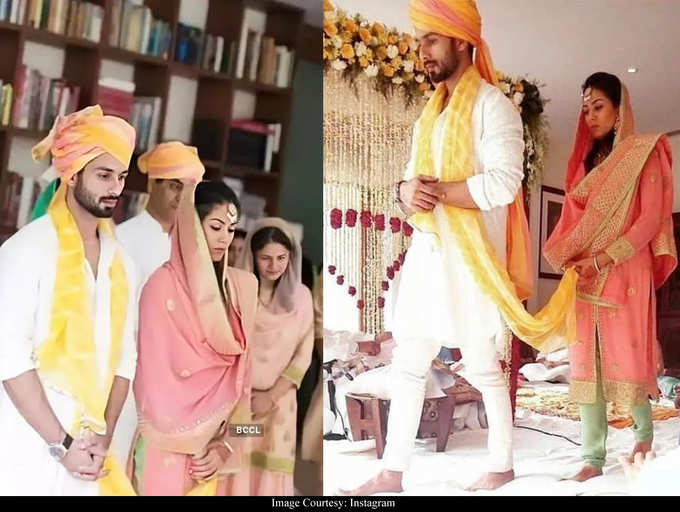 Shahid Kapoor and Mira Rajput had a traditional Gurudwara wedding too and here’s a glimpse from those rituals. Known as the Anand Karaj ceremony, Shahid Kapoor had once stated in an interview that it his favourite moment from the wedding. Opting for pastels once again, Mira Rajput looked simply elegant in a kurta and chudidaar, styled with a heavily embellished gota patti dupatta. Shahid Kapoor went for all-white attire with a colourful turban. 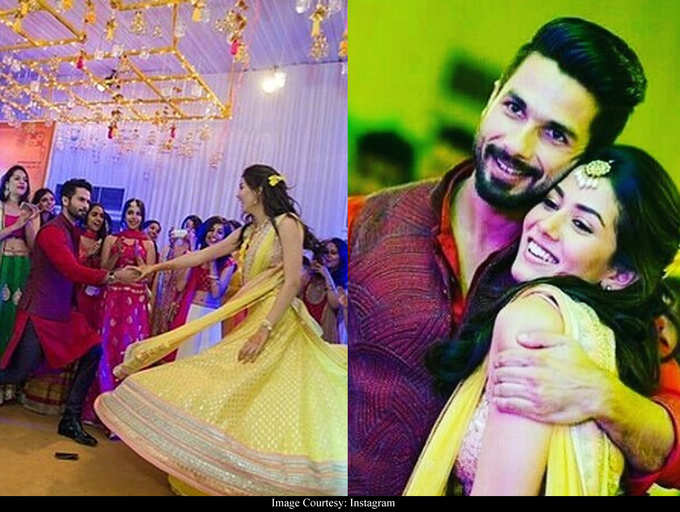 Shahid Kapoor is much loved by fans for his swift dance moves and at his pre-wedding rituals too, the actor didn’t shy away from shaking a leg. The energetic actor owned the dance floor, shaking a leg to his hit songs like ‘Dhating Naach’ and ‘Saj Dhaj Ke’ to name a few. Mira Rajput looked absolutely delightful in a yellow lehenga, while Shahid Kapoor chose a red kurta layered with an embroidered Nehru jacket for the occasion. 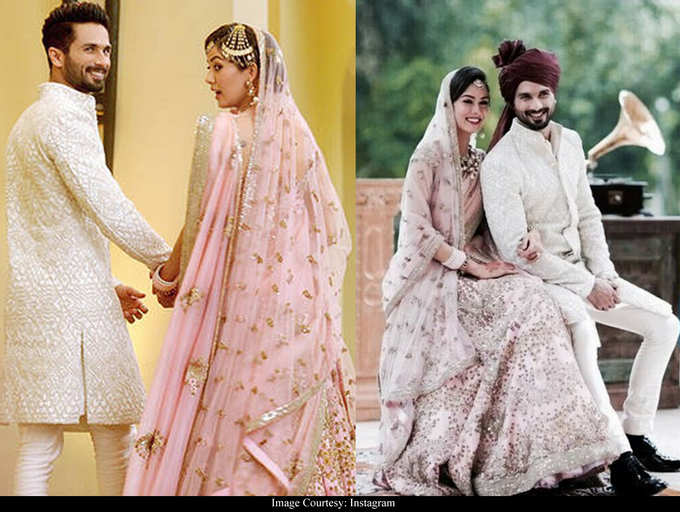 After their low-key wedding, Shahid Kapoor and Mira Rajput were seen posing for those picture-perfect moments. Describing their marriage, Shahid Kapoor had told Filmfare in an interview, “He said, “Marriage is like a book. Mira’s my biggest reality because we share our lives together. She got married so young, had two kids and had to figure out how to deal with that when she was just stepping out of being a kid herself. She must have had her dreams and desires but she pushed those aside. That’s a lot to deal with. Also, the fact that we have an age difference, we are 13 years apart. We need to understand how to bring up the kids together responsibly. We’re learning how to deal with things together. Sometimes we’re each other’s best friends.Sometimes we just don’t understand each other. It’s all happening simultaneously.”

Shefali Shah Pens A Poetry On The Joy Of Quarantine Life,...

Kiara Advani Pens Down Appreciation Post For Her ‘Girlfriends’