Bollywood is still reeling in from the devastating news of actor Sushant Singh Rajput’s death. The 34-year-old actor was found dead at his sixth-floor apartment in Bandra (West). While the police have confirmed that he has died by suicide, no ‘note’ was found from his residence. SSR’s colleagues and friends from the film and television industry have been expressing their shock and sorrow over his death on social media.

Rajput was an explosive actor, he was an outsider, he started from the bottom and reached the skies of success and stardom. The MS Dhoni actor was also an avid dreamer and kept a bucket list. From learning how to fly a plane to teaching computer coding to visually impaired and to get six-pack abs in six weeks, In September 2019, Sushant had shared a list of his dreams which he wanted to achieve in his life. Post his death, social media users widely shared his “dream list” remembering the cheerful actor.

In the post, Sushant had dreamed of learning to fly a plane, playing a cricket match left-handed, travelling through Europe by train and sending 100 kids for workshops in ISRO/NASA.

6. Play tennis with a Champion 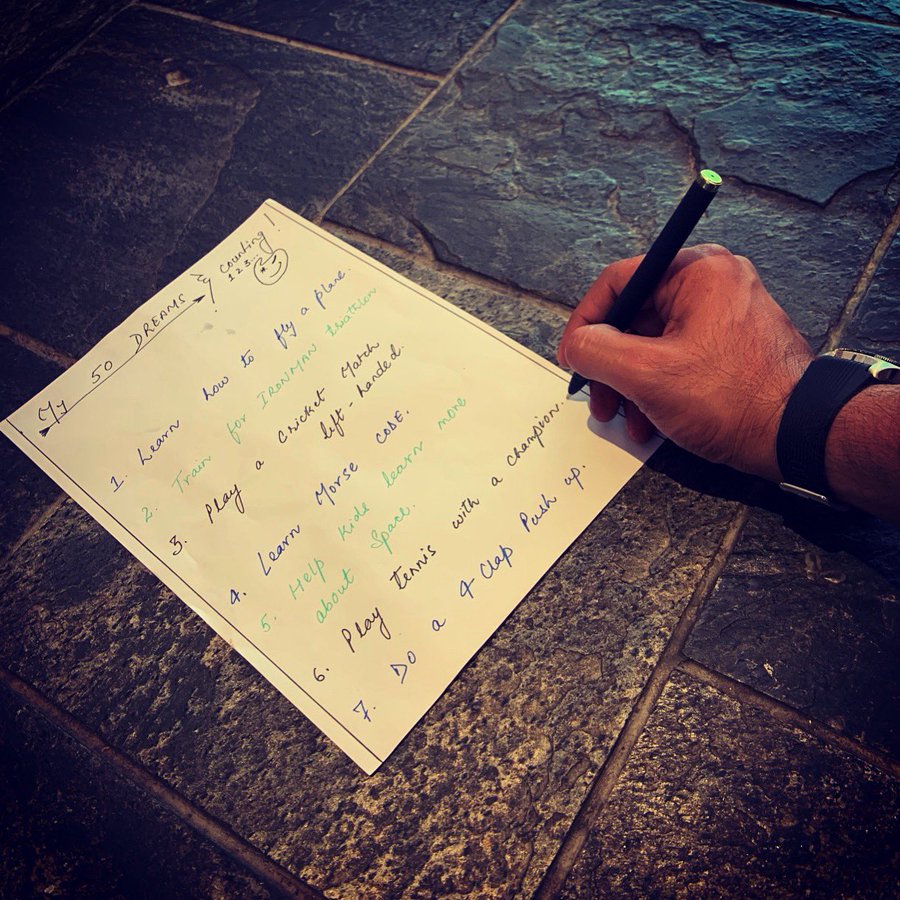 720 people are talking about this

Sushant had deep interest in Astronomy. His wish list also included charting trajectories of Moon, Mars, Jupiter and Saturn for a week and diving in a blue-hole.

8. Chart trajectories of Moon, Mars, Jupiter & Saturn for a week
9. Dive in a Blue-hole
10. Perform the Double-Slit experiment
11. Plant 1000 Trees
12. Spend an evening in my Delhi College of Engineering hostel
13. Send

KIDS for workshops in ISRO/ NASA
14. Meditate in Kailash 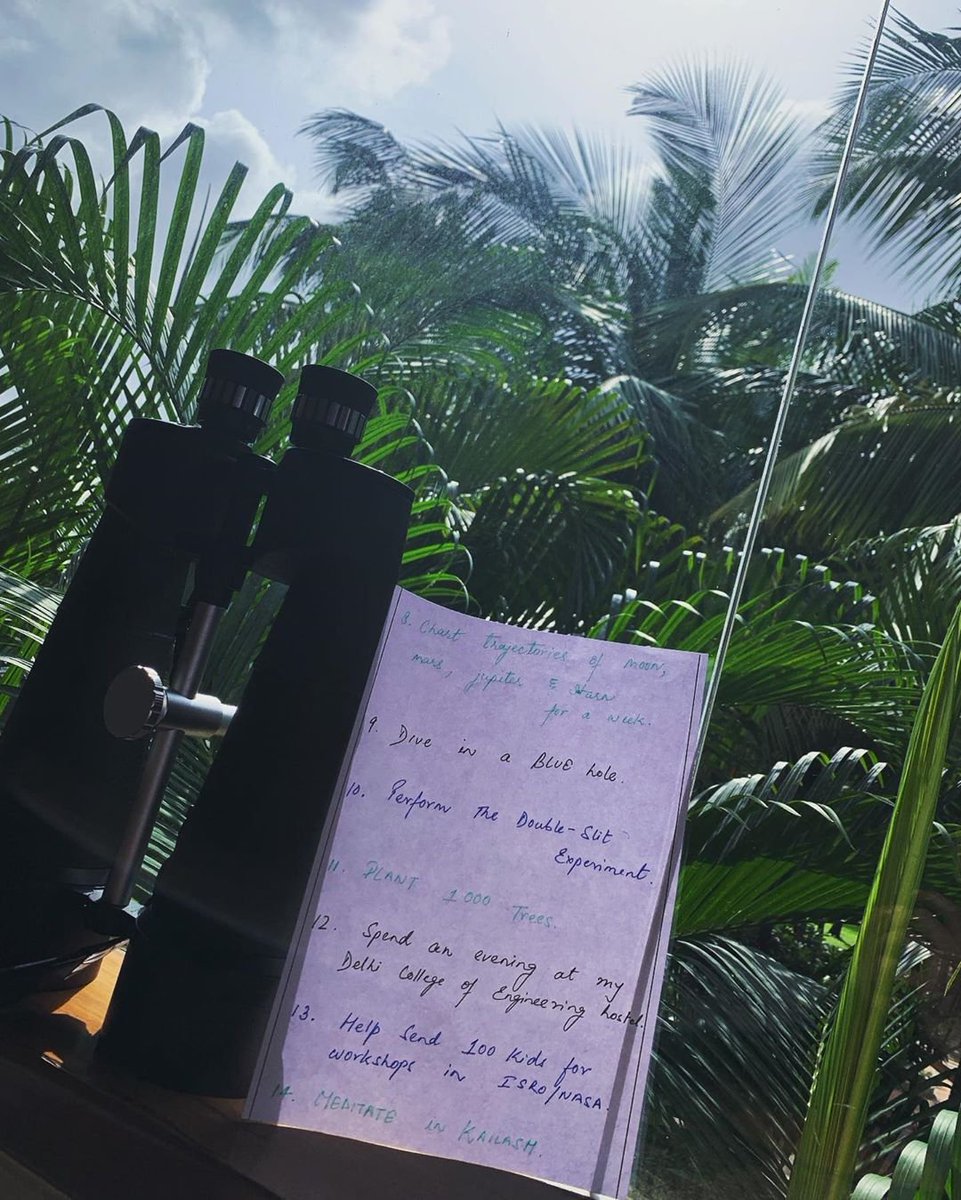 473 people are talking about this

He also wanted to spend a week in jungle, having six pack abs in six weeks, understand vedic astrology and write a book. 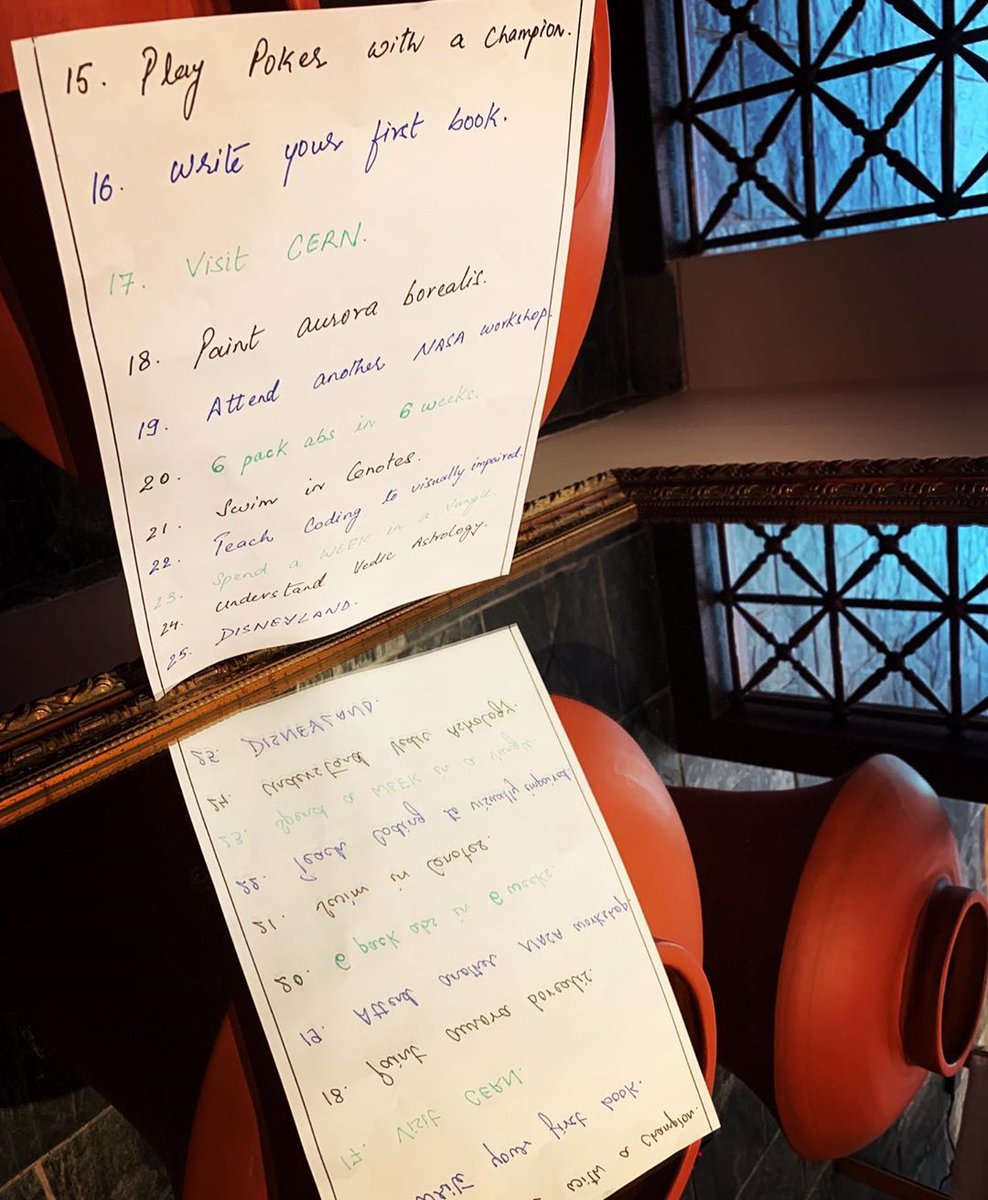 460 people are talking about this

The late actor also had some materialistic dreams. He wanted to own a luxurious car Lamborghini. He also wanted to contribute his bit for the environment as he was planning to plant 1000 trees. And the sports enthusiast wanted to play a cricket match left-handed. Sushant also wanted to learn guitar, understand Polynesian astronomy, do active volcano photography, and help prepare students for Indian Defence Forces.

30. Explore Andromeda with a Powerful Telescope 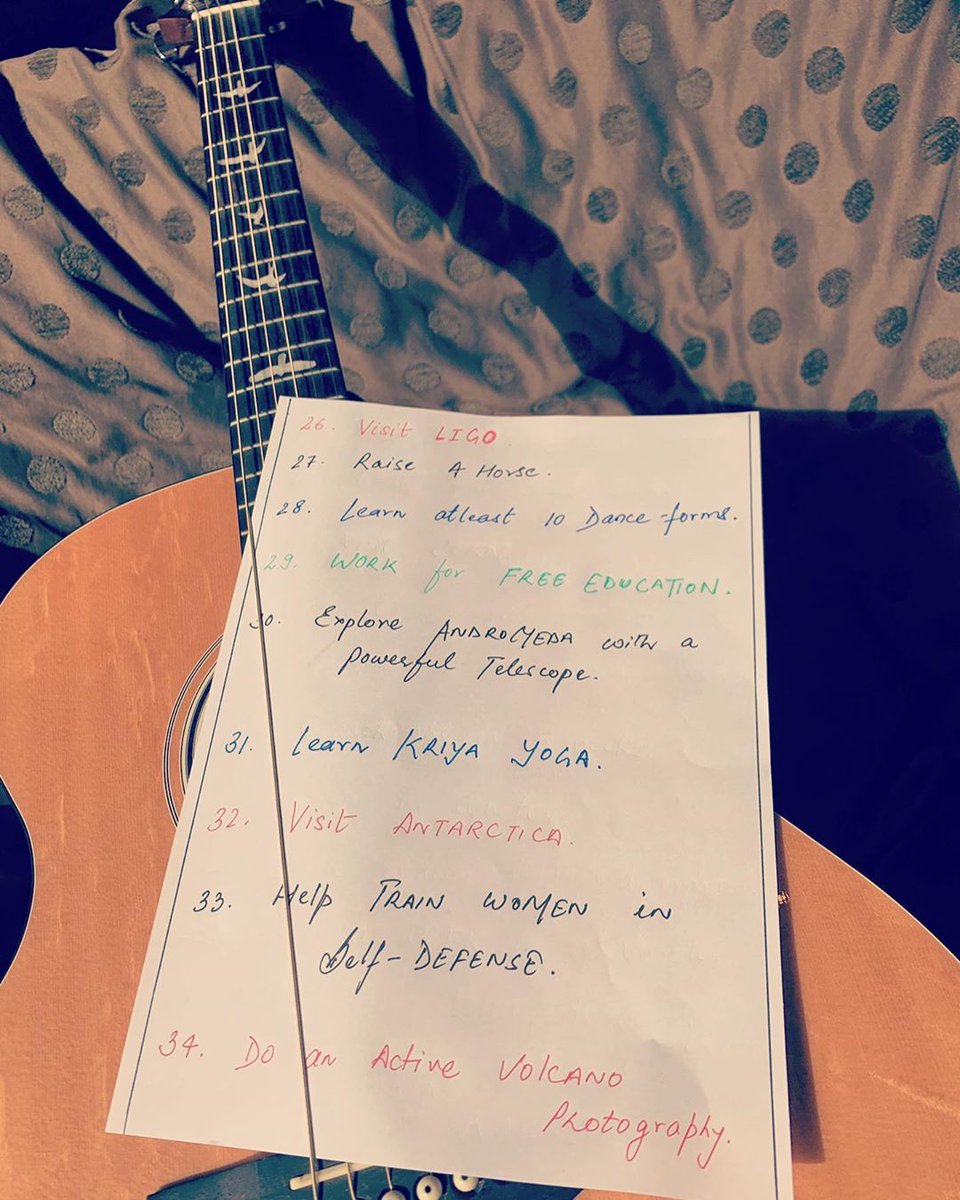 423 people are talking about this

Learn how to Farm
36. Teach dance to kids
37. Be an Ambidextrous Archer
38. Finish reading the entire Resnick – Halliday physics book
39. Understand Polynesian astronomy
40. Learn Guitar Chords of my fav. 50 songs
41. Play Chess with a Champion
42. Own a Lamborghini 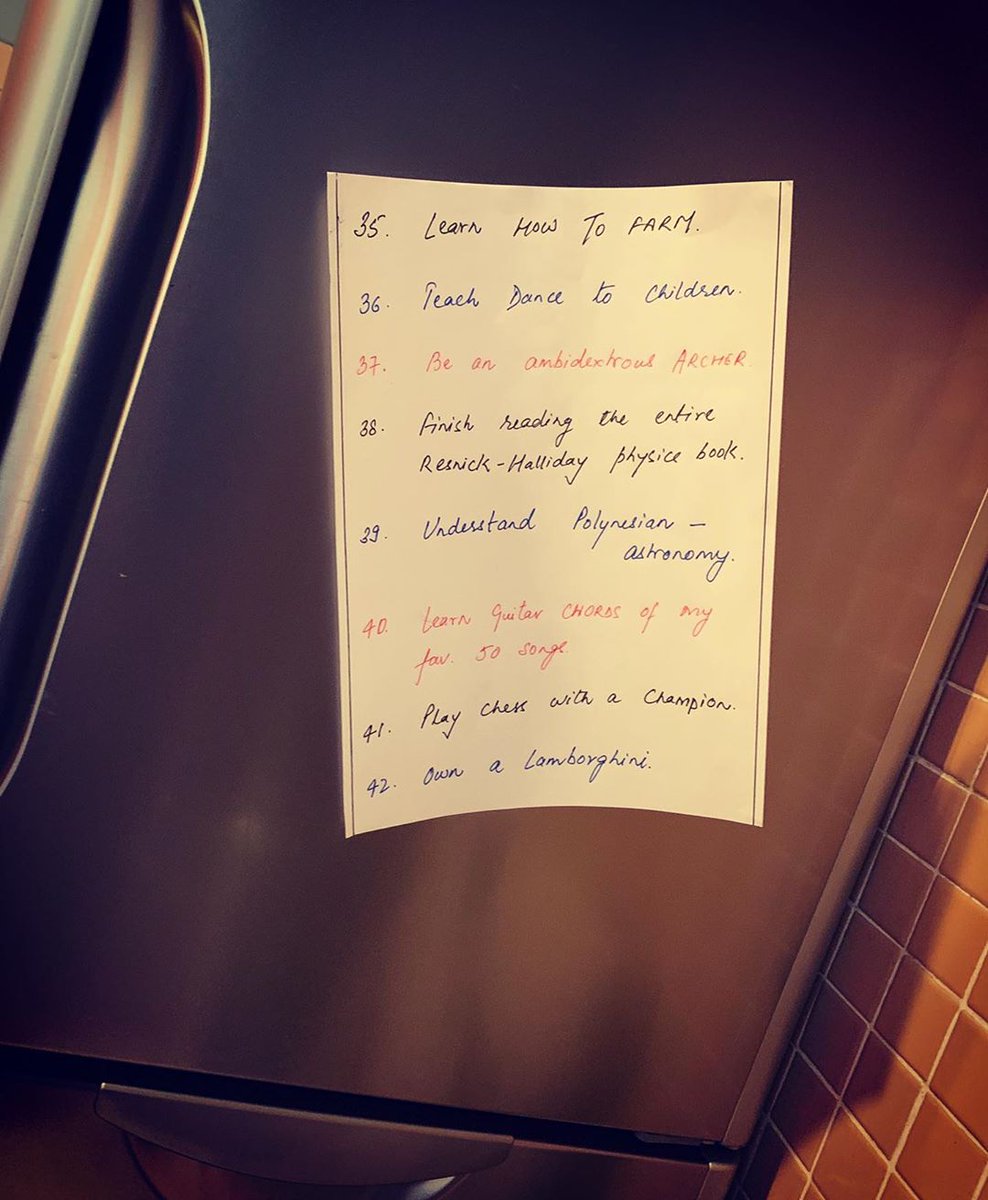 420 people are talking about this 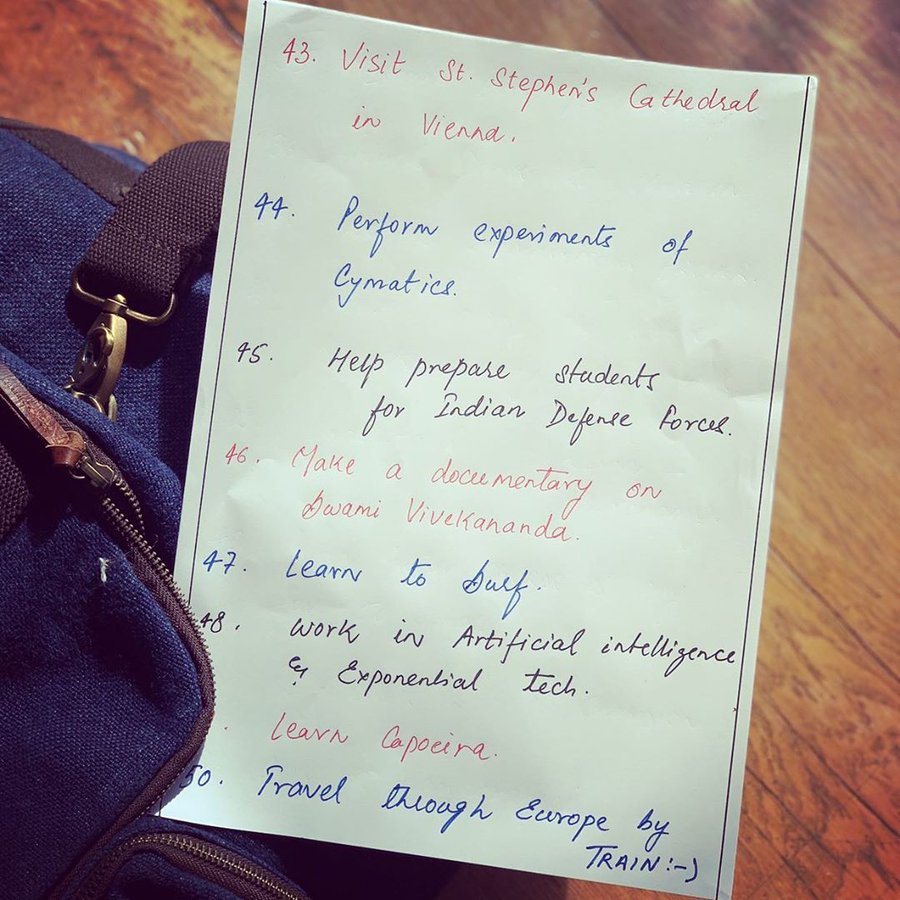 462 people are talking about this

Unfortunately, some of his dreams will be left unconquered forever.

Speaking about his journey, the actor off his journey in showbiz by joining Nadira Babbar’s Ekjute theatre group. He was part of the group for two and a half years. At age 22, Sushant Singh made his acting debut with the television show Kis Desh Mein Hai Meraa Dil. In 2009, he played the lead role in Pavitra Rishta which made him an household name. Since then there was no looking back for the actor. Right from his Bollywood debut film Kai Po Che to his last outing Chhichhore, the actor left behind a long list of memorable roles which will be cherised forever.

You will be certainly missed, Sushant.

Saroj Khan: After Tezaab, Actresses Started Fighting Over Me