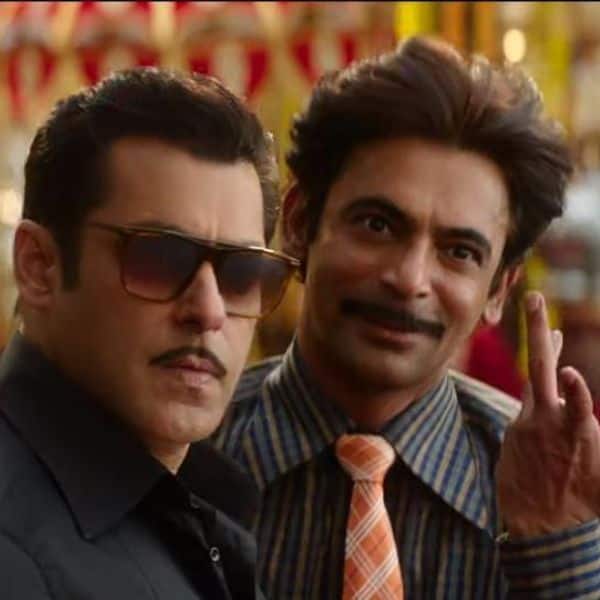 Bharat is out in theatres now and the number of footfalls the film is earning at ticket windows are just increasing. Salman Khan has given a perfect Eidi to his fans this year. Indeed, the fandoms are going crazy with his avatar on-screen and not to forget his chemistry with his on-screen lady love Katrina Kaif. The audience is also showering Sunil Grover with love and appreciation for his portrayal of Vilayti who is just like Veeru to Jai from Sholay. His comic timing in the movie, his gimmicks are being appreciated widely by one and all. BollywoodLife was in conversation with the comedian-turned-actor and the interaction turned out to be totally fun. The actor spoke at length about his character, his co-stars and also Bhaijaan.

Sunil had proved that he is a huge Salman Khan fan with a fun quiz about the Bharat actor. Apart from that, he also revealed one quality of Salman which will win your hearts and make you fall in love with Bhai all over again. When we asked Sunil to tell us one desi quality about his Bharat co-stars starting with Salman Khan, he divulged that the actor is very close to nature. He told us, “Salman sir, unko natural jagah pe rehna bada achha lagta hai. Jahan ped-paudhe ho, haryali ho. Balki, jab hum Abu Dhabi mein shoot kar rahe the, wahan bohot garmi thi, lekin wo bahar baithte the. Wo vanity van mein, AC mein nahi baithte the. To bahar baithte the humesha. To chahe dhoop ho, wo dhoop ko enjoy karte the. So, he is very close to nature. (He likes to be around nature, where there are trees and a lot of greenery. In fact, when we were shooting in Abu Dhabi, he used to sit outside in the heat and not in vanity vans or Air-Conditioned rooms. He would enjoy the sunlight)

Sunil couldn’t keep the comedian in him calm and jokingly took a dig at his co-actor Nora who plays his love interest in the film. We all know Nora is a fabulous dancer. Her video of Dilbar has received more than one billion viewership. When they were shooting for Turpeya, Sunil revealed that Nora found it difficult to dance with him. But the actor took it sportingly and said, “Nora not trained dancer like me. Kya hai na Music ke uppar dance to koi bhi karle, music chal raha ho aur uske upar aap dance na karo, ye quality jo mujhme hai, ye maine unko di.” Watch the super fun video here:

Sunil is one of the best comedians we have in the industry and we are glad to have got an opportunity to interact with him. Watch out for his performance in Bharat as you would surely love him in the film.

For more scoops and updates from the world of entertainment, stay tuned to Bolllywood khabar.

Ileana D’Cruz: Been A Strange Couple Of Days, Some Days Are Hard

Malaika Arora: People Don’t Know The Fact That I Can Actually Sing

Why you should choose Microsoft over Linux

Sushant Singh Rajput Planned To Get Married In November?

Five Things That We Can Expect From The Upcoming Comedy-Drama Shakuntala...

Beginner: Are you stuck in programming should not do

This Is How Deepika Padukone Is Checking Herself Out After Eating...

Malaika Arora Is Back With Monday Motivation, Shares Move Of The...