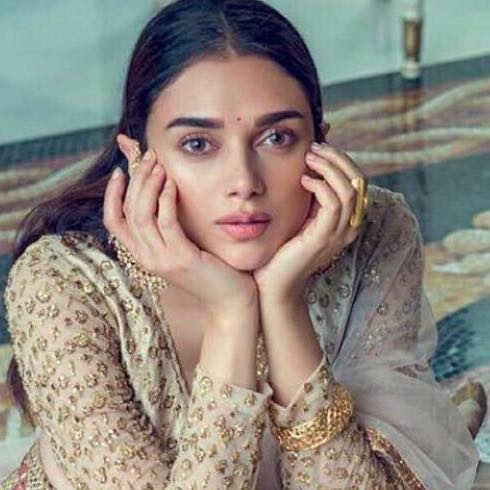 The lockdown period across the country has brought everyone to a standstill situation. And like other industries, the entertainment sector has also got impacted to a greater excitement. Actress Aditi Rao Hydari, who is known for her performances in films like Padmaavat, Wazir and others, has shared her experience and revealed how the lockdown phase was a haunting for her. Talking to Mumbai Mirror, the beautiful actress said, “I was anxious and swimming in tears. I missed being on the sets and was feeling frustrated that I couldn’t help people the way I wanted to.”

Our first love song #VathikkaluVellaripravu will be released by 3 of my favourite actors and super special people. @nameisnani , @dqsalmaan , @karthi_offl Thank you, this means the world ❤️ #SufiyumSujatayumOnPrime

Though she quickly said that she is a self-confessed optimistic and quoted, “Put a tub of muck in front of me and I will find something beautiful in it. So, I called my near and dear ones who were equally stressed, and helping them out helped me feel better.”

Talking about her filmy journey, Aditi said,“True love is innocent, pure, and complete. But when eight million others get involved, it complicates the way two people think. Eventually, there’s no right or wrong, what matters is intent.” She further added “With Leela from Kaatru Veliyidai, Mehrunisa from Padmaavat or Sujata from Sufiyum Sujathayum, I have learned to be fearless in love. To be able to look into someone’s eyes and tell them that you love them is the most frightening thing in the world, because you are at your most vulnerable at that time. But once it is done, you become the strongest person.”

Tiger Shroff & Krishna Shroff are mom Ayesha’s ‘rockstars’ as she...

Vidya Balan’s Shakuntala Devi Is A Lot More Than Just About...

Evelyn Sharma: Was Replaced Overnight As Someone’s Girlfriend Wanted To Do...

Chandrachur Singh: My Left Shoulder Dislocation Was A Career-Threatening Injury