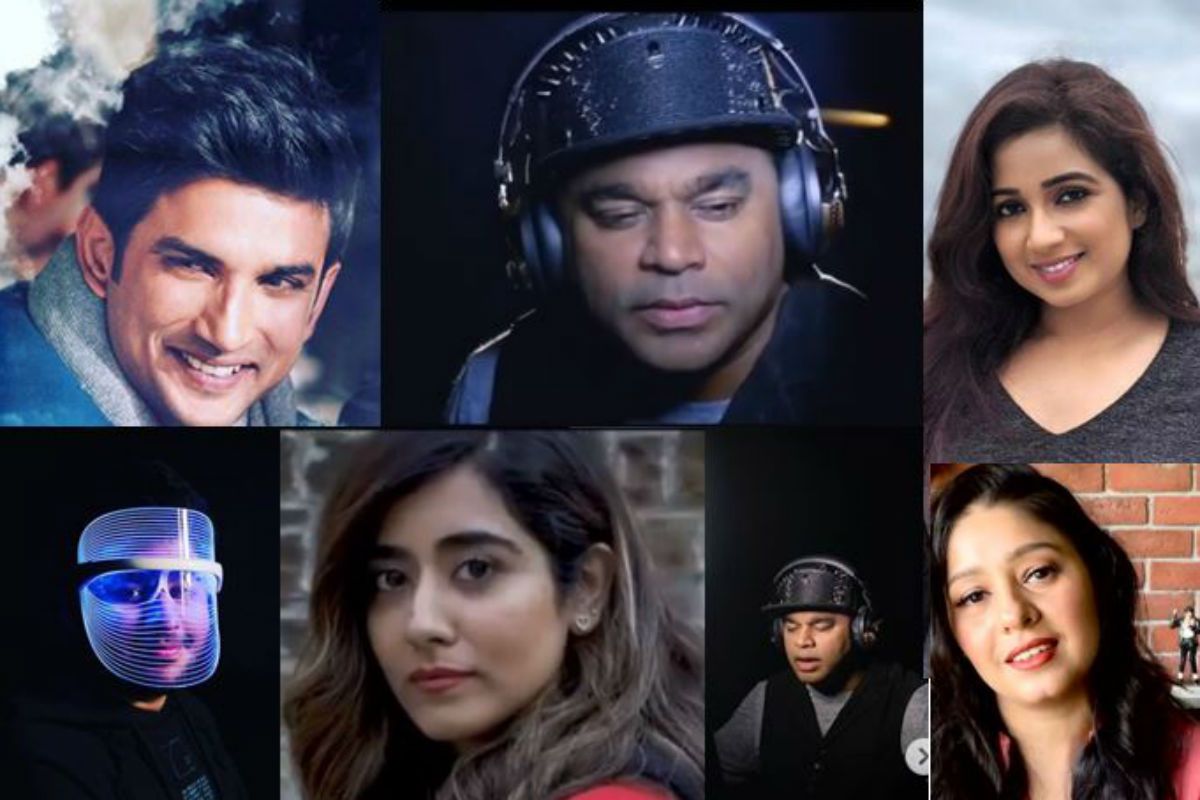 Before the release of Sushant Singh Rajput’s film ‘Dil Bechara’, legendary composer AR Rahman, along with other prominent singers paid a heartfelt musical tribute to the late star. The movie marks the last film of Rajput who was found dead at his Mumbai residence on June 14 and hence it holds a special place in many movie enthusiasts’ hearts.

With an impeccable journey from small to the big screen, the actor’s demise shook his fans and members of the cinema industry alike. Many since then, have made their own ways of paying homage to the late actor. On Wednesday, the musical team of the upcoming movie ‘Dil Bechara’ dedicated a special video for the ‘Kai Po Che!’ actor recalling the gem of a person, Sushant Singh Rajput was.

The movie’s music album is composed by the Oscar-winning composer and has nine songs sung by artists including Shreya Ghoshal, Sunidhi Chauhan, Arijit Singh, Mohit Chauhan, Jonita Gandhi and others. The tribute is a montage of the songs from the movie and features the singers dedicating the music to Rajput.

The official tribute video was shared in the Disney+Hotstar’s Twitter handle, saying, “This one is going to remain in our hearts forever. A musical tribute for our beloved#SushantSinghRajput ”

“The music of ‘Dil Bechara’ will always remain special to all of us. The nine tracks I composed for the film have a whole new meaning today, whole new life,” said the music maestro at the beginning of the video while many scenes of Rajput from the movie are played. He also performed the title song in his studio in Chennai and is accompanied by daughter Raheema Rahman, son AR Ameen.

The 13-minute and 26-second long music video is combined with clips from the film and the singers performing the tracks in their respective homes. Amitabh Bhattacharya, who has done the lyrics for the songs also paid his tribute to Rajput.

Till now the makers of ‘Dil Bechara’ have released the videos of the title track (AR Rahman) and songs ‘Taare Ginn’ (Mohit Chauhan, Shreya Ghoshal) and ‘Khulke Jeene Ka’ ( Arijit Singh, Shashaa Tirupati). ‘Dil Bechara’ will be premiered on the digital platform Disney+Hotstar on July 24. Directed by Mukesh Chhabra, the romantic flick is adapted from the famous novel ‘The Fault In Our Stars’ by John Green and will also see actor Saif Ali Khan in a special appearance.

Kangana Ranaut Calls Taapsee Pannu A B-Grade Actress, This Is How...

RIP Sushant Singh Rajput: ‘When you speak the truth, you are...

Shefali Shah Pens A Poetry On The Joy Of Quarantine Life,...