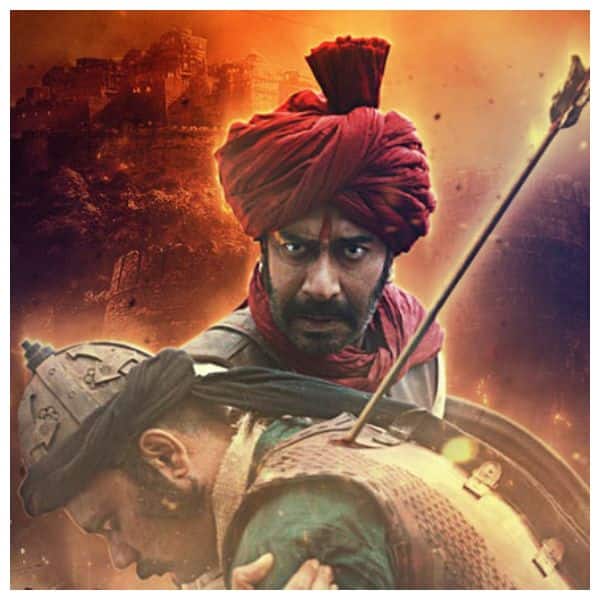 Tanhaji: The Unsung Warrior is refusing to slow down at the box-office. Running in its fourth week, the film, which already became Ajay devgan ‘s highest domestic and worldwide grosser of all time a few days ago, has left behind films like Simba, Kick and Uri. The film collected Rs. 2.05 crore on Tuesday and now stands at Rs. 255.77 crore nett. It now eyes to beat Shahid Kapoor starrer, Kabir Singh, which collected 275.54 crore. If it is able to do so, it will enter the coveted top 10 grossers club. Top grossers of all-time:

The historical drama also stars Saif Ali Khan, Kajol, Sharad Kelkar, Luke Kenny, Neha Sharma and Devdutta Nage in key roles. The period drama is based on the life of Maratha warrior Tanaji Malusare, who was a trusted military leader of Chhatrapati Shivaji Maharaj. Tanhaji is Ajay Devgn’s 100th film. “I have been lucky to be doing different kinds of roles and they have worked too because so many actors struggle to do different things. At that time nobody was doing a film like Raincoat’. I just wanted to try out different things, hence I did it. There was no fear of whether it will work or not. I am glad my risk paid off. A lot of people advised me against such films but today almost everyone is doing such films and they are working,” Ajay said

The actor also revealed how he is most attached to historical dramas. “Something like ‘Tanhaji: The Unsung Warrior’ or ‘Legend of Bhagat Singh’ makes you think that how is it possible that such sacrifices are made by people? We can’t even think of. They must be different people, what they think and how they function. The country came first for them,” he said. Anyway, have you liked the film?

Vaani Kapoor To Share The Screen Space With Akshay Kumar In...