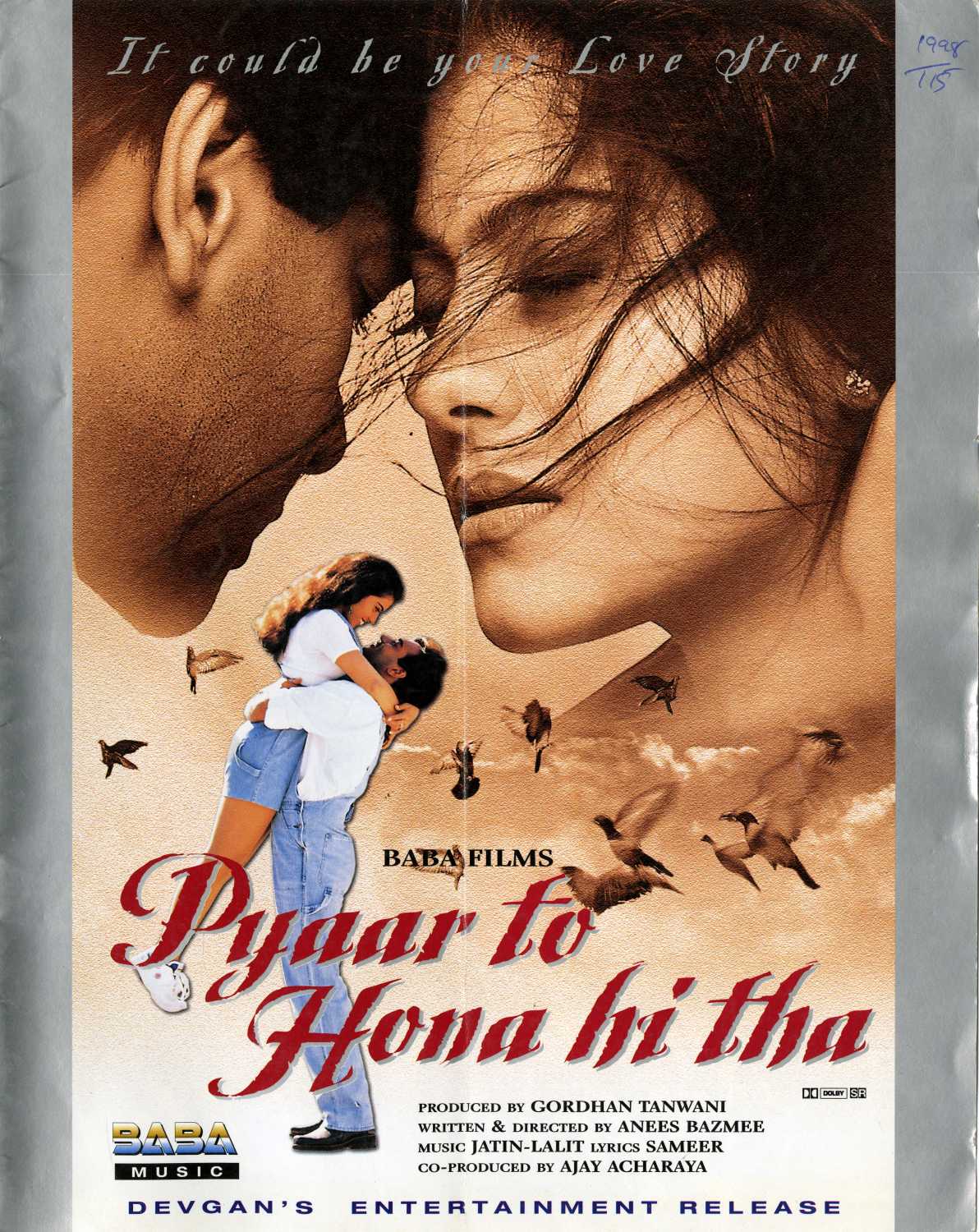 The romantic-comedy movie ‘Pyaar To Hona Hi Tha’ starring husband-wife duo, Ajay Devgn and Kajol, has completed 22 years of its release today. As the movie marked its milestone mark today, Devgn took to Twitter to share his memories attached to the movie by posting a video montage.

The video montage comprised of many stills, and videos from the 1998 released flick, which was directed by Anees Bazmee. The movie was a remake of ‘The French Kiss’ starring Kevin Kline and Meg Ryan. It also starred Reema Lagoo. However, alongside the video, the ‘Singham’ star also took a moment to drop a love-note for his then co-star and now wife, Kajol.

Tagging Kajol, the 51-year-old actor wrote “22 years in real, and reel. Pyaar To Hona Hi Tha”. The stars, sharing adorable yet humorous chemistry, are one widely loved B-Town couple. The duo has graced the silver screen together in movies like ‘Ishq’, ‘Dil Kya Kare’, ‘Hulchul’ and many others. Magnum opus – ‘Tanhaji: The Unsung Warrior’ released this year, marks the latest film of them.

The movie shows Devgn essaying the role of Maratha warrior Taanaji Malusare fighting for the principle of ‘Bhagwa’ (saffron) flag and ‘Swaraj’ (home-rule) and ‘Satya’ (truth). Kajol, who essays the role of the wife of Tanhaji — Savitribai Malusare — is shown as a strong character, who accompanies him in taking firm decisions together.

What Do I Need To Make It In Business?

Pooja Bhatt Announces Final Edit Of Sadak 2 On Twitter; Gets...