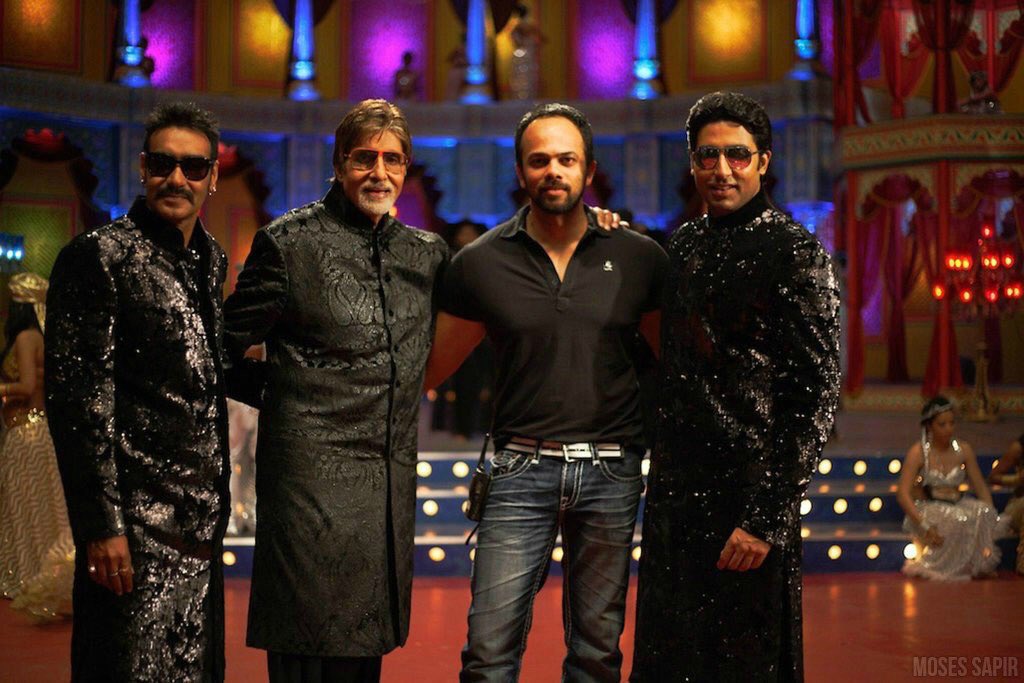 Ajay Devgan, who is all set to make a film based on the recent Galwan Valley clash, recently took to social media to share a series of BTS pictures from the sets of Bol Bachchan as the film completed 8 years today.
The Rohit Shetty directorial which also starred Abhishek Bachchan was a complete family entertainer with comedy and action and was well-received by the audience. Meanwhile, taking to Instagram, Ajay captioned his post as “When the Bachchans speak, I listen(especially Amitji)🙏🏻 ✊🏼” Check out his post here:

Amitabh Bachchan also made a special appearance in the title song of the film. Few pictures from Ajay’s post give us a glimpse of his candid moments with Big B as well. The ‘Tanhaji’ actor has been quite active on social media amid the ongoing pandemic and also praising the police for their phenomenal wor.

Meanwhile, on the professional front, Ajay has several interesting projects in the pipeline. Apart from the Hindi remake of the Tamil blockbuster film ‘Kaithi’, Ajay’s will soon be seen in S S Rajamouli’s ‘RRR’, ‘Chanakya’ and ‘Thank God’.

Ajay Devgn’s Maidaan To Release In Theatres On August 13 Next...

Here’s What Vijay Varma Has To Say On Yaara’s Comparison With...

Choreographer Bosco: Idea Is To Lend A Fantastical Feel To Story

Sonakshi Sinha on people, who body-shamed her: They were not the...

Sadak 2 Makers Find Themselves In Trouble Over Recently Released Poster